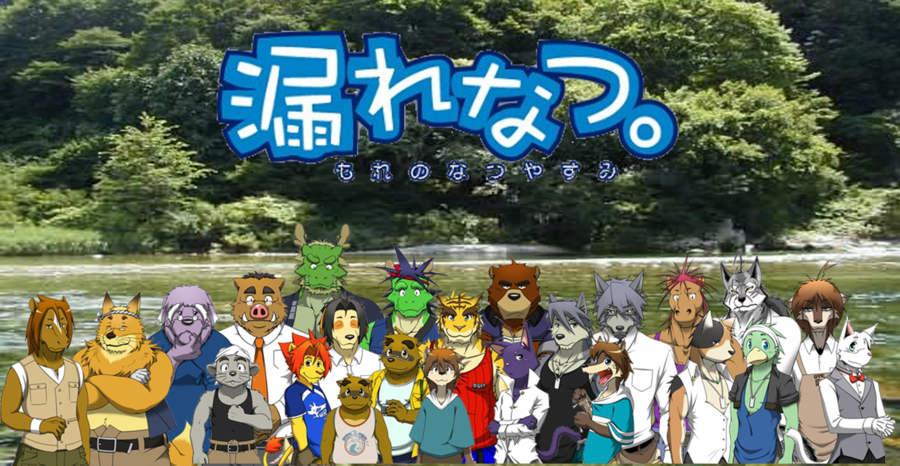 Morenatsu
Morenatsu is an adult kemono yaoi (gay) themed visual novel/dating sim that is Japanese-language. The game centers around the main character going on summer vacation, to be greeted by a selection of kemono males who where childhood freinds.

The game is still incomplete, so only some of the storylines are playable. At this time, Tatsuki, Kounosuke, Kouya, Shin, Juuichi and Shun are playable, with Soutarou/Kyouji being added together later as a future love triangle. The date is still not confirmed though.

While many of you probably are not fans of yaoi, I still recommend giving this game a play through, the characters are very "straight gay" meaning they aren't going to make you feel like you're floating a rainbow unicorn in cottoncandy land with saddle that comes with its own strap on. They do have some serious human problems, they're emotionally damaged people living through a really shitty or confusing time in their life. It's not always going to make you feel good, sometimes it could even make you feel a tad clinically depressed, And usually when the "fap time" sequence happens, you'll be hardpressed to take enough time away from sobbing your miserable fucking eyes out to yank/squirt one out. And if do manage to make that happen, get ready for the game to drop you very uncomfortably on the harsh realities of your new found relationship (you have to go home again from your fantasy like summer vacation and stare at the wall in your shitty apartment for months at a time only for a few days or a week of being back together during winter break MAYBE.) It's all worth it though Cause it makes you FEEL.

Oddly enough, the link doesn't work for me. I had to use

Only difference being .se instead of .sx
Hell, I can't even use the .se if I used your link, directs me to a loopback page for some odd reason. Really odd.

Users browsing this forum: No registered users and 5 guests